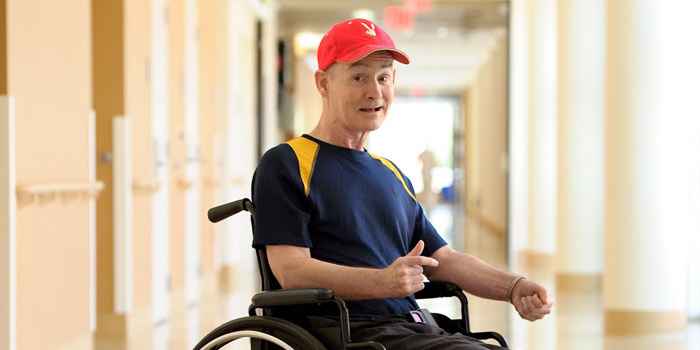 Huntington disease is an autosomal dominant disorder, meaning that a person needs one copy of the defective gene to develop the disorder. This altered HTT gene passes on between generations, being passed down from parent to child. This disease leads to brain changes causing abnormal involuntary movements, decreased thinking and reasoning skills, and mood changes such as irritability and depression. This disease is unique in the sense that it develops in the middle to late adult life. About 90% of cases appear between the ages of 30 to 50 years of age. However, there is a form of this disease called juvenile onset HD that affects children and teenagers.

Huntington disease is now considered as one of the most common hereditary brain disorders. It tends to progress over a 10 to 20 year period, affecting both the basal ganglia and the brain cortex. The basal ganglia are responsible for controlling coordination.

The brain cortex serves as the center for thought, perception, and memory functions. The less common form of Huntington disease known as the juvenile form begins in the childhood or adolescence years. It is characterized by progressively worsening motor, behavioral, cognitive, and psychiatric symptoms.

This form of Huntington disease tends to progress at a faster rate in comparison to the adult form of this disease which is most commonly known. Symptoms vary for those with this juvenile form as they tend to experience rigidity, stiffness, and slurred speech. For children with this disease, about 30 to 50% of them experience seizures as an additional symptom. For juvenile patients, depression is very common as well as aggression and impulsive behavior.

How to test if you are at risk?

To test if you’re at risk of developing Huntington’s disease there is a presymptomatic testing done to measure the number of repeats in the Huntington’s disease gene. This test is a blood test and is done on people who do not have any symptoms of Huntington’s disease. This is done to let people know if they are going to develop this condition or not, easing any uncertainty. If the gene is larger than normal, then the person is more prone to this disease.  If there are 39 or more repeats, the person will eventually develop the disease. If there are 35 repeats or less, they will not develop the disease. Lastly, if it’s between 35 and 39 repeats they may be at risk of developing it.

With regards to ethnicity, Huntington’s disease is less common for those with a Japanese, Chinese, or African descent. It commonly affects those of European ancestry, as 3 to 7 per 100,000 people are affected by Huntington’s disease. This disease is commonly found in the United States and Australia. This worldwide variation is due to the different genetic risk factors.

We Are Located At